The trailer of Doctor Strange in the Multiverse of Madness introduced to the Illuminati. A council of superheroes in another universe, but who are its members? (Spoiler alert)

Doctor Strange in the Multiverse of Madness introduces the Illuminati, a secret council made up of Marvel’s most powerful superheroes. In this post we tell you who the members of this council are in the Marvel Studios movie and their differences with the Illuminati from the comics (Spoiler alert)

The Marvel Studios cinematic universe continues to expand, even more so after the acquisition of 20th Century Fox by Disney, as it has allowed the company to bring back the Fantastic Four and the X-Men, which opens a huge window to introduce new characters to the MCU

Doctor Strange 2 It involves the introduction to the UCM of Reed Richards representing the Fantastic Four and Professor Charles Xavier of the X-Men. And while they aren’t part of the Earth-616 universe (the main Marvel movie universe), their appearances create a change in the status quo and leave the door open for opportunities to see them again at some point in the future. .

The Illuminati is made up of six members who serve as a kind of council of superheroes.

In Doctor Strange 2, The Illuminati decide to end the life of Doctor Strange from earth 838. After he used the Darkhold to travel through the multiverse through the dreams of other Doctor Strange and be responsible for the destruction of an alternate reality to which he traveled. That is why they also mistrust Doctor Strange of Earth-616 and his intentions, as they do not want the same thing to happen again as with their former Illuminati partner.

Here are all the members that make up the Illuminati in Doctor Strange in the Multiverse of Madness.

Leader of the Fantastic Four, he is known by the nickname of Mister Fantastic. Reed is an intelligent scientist and is able to stretch his body at will, making him extremely elastic and malleable. Reed can also shapeshift to an extent and is immune to electricity. He is also a member of the Illuminati in the comics.

The character in real action has been played by Alex Hyde-White, in the 1994 film produced by Roger Corman and Bernd Eichinge, a film that was not released in theaters and went directly to the domestic market. Later by Ioan Gruffud in The Fantastic Four from 2005 and Fantastic Four and the Silver Surfer from 2007. And finally by Miles Teller in the forgettable 2015 reboot, directed by Josh Trank.

In Doctor Strange in the Multiverse of Madness He is played by John Krasinski. The actor has been a fan favorite to bring the character to life. It is unknown if he will be the one who gives life to the character from now on in the UCM.

Krasinski is known for the series The Office, and lately for playing Jack Ryan in the Amazon Prime series of the same name. 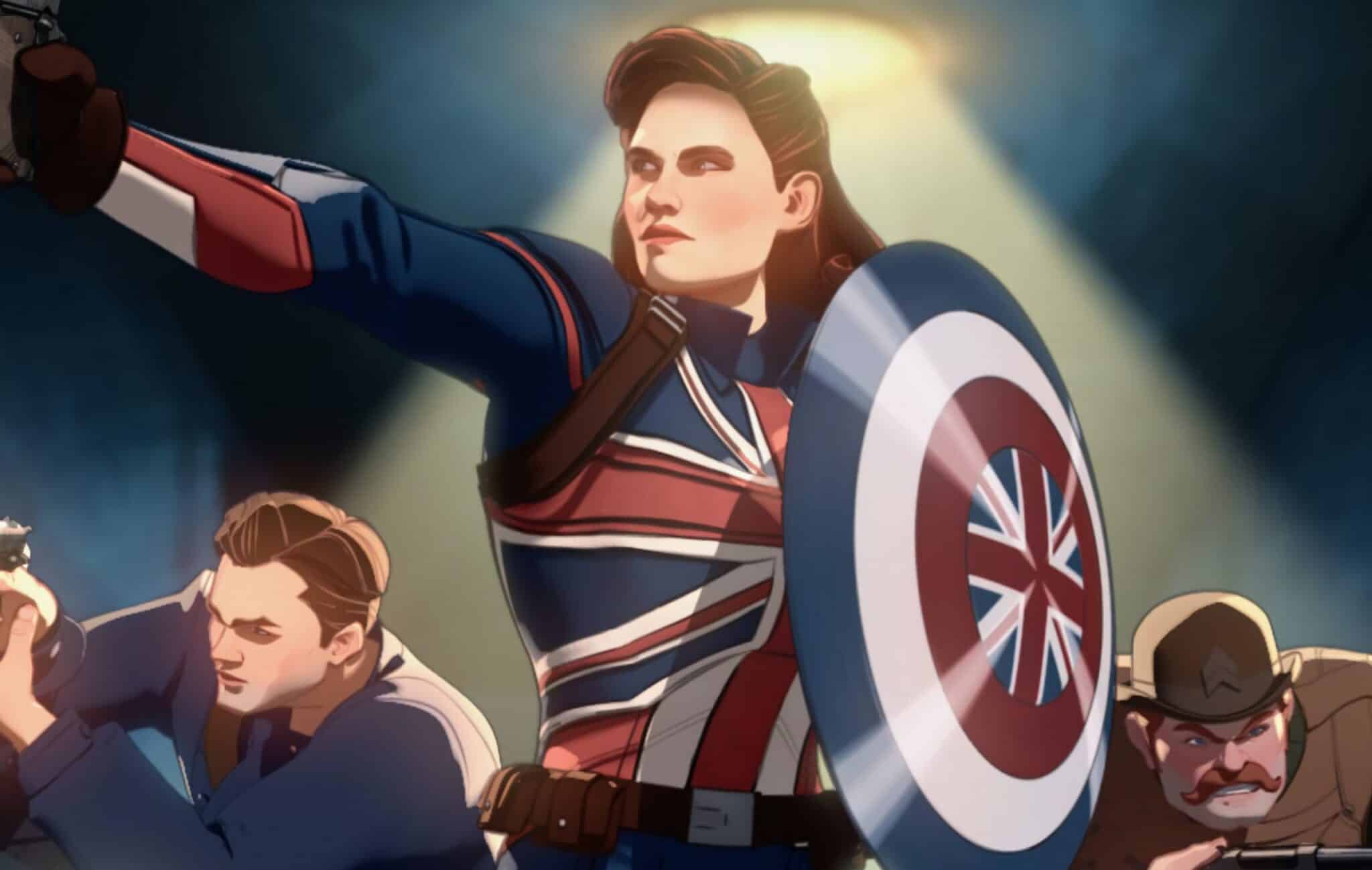 Peggy Carter from Earth-838 is the version of the character that appeared in What If…? In that reality Peggy volunteered to take the Super Soldier Serum after Steve Rogers was injured following the attempted sabotage of the Super Soldier experiment. Peggy became Captain Carter, helping to take down HYDRA before entering a wormhole that sent her 70 years into the future.

Captain Carter has the same powers that Captain America had, including superhuman strength, stamina, fast healing, agility, and enhanced reflexes; she also has a Vibranium steel shield that can take almost any damage.

Peggy has been in the MCU since Captain America the First Avenger of 2011 and has appeared in, Captain America: The Winter Soldier y Avengers: EndgameHe has also had his own television series. Agent Carter.

Her character has been played by Hayley Atwell, known for her roles in Cinderella Disney’s live action, The Pillars of the Earth, and soon we will see it in mission impossible 7along with Tom Cruise. 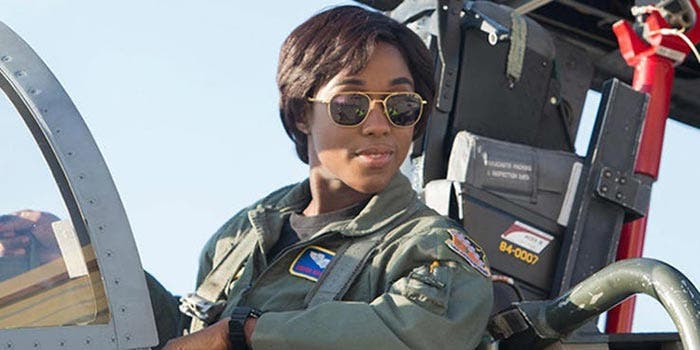 On Earth-838, Maria Rambeau was the one who became Captain Marvel and joined the ranks of the Illuminati. As Captain Marvel, Maria has the same abilities as Carol Danvers, she can fly, can fire energy blasts, and has superhuman strength and stamina. On Earth-616, Maria has a daughter, Monica, although she is not mentioned in Doctor Strange in the Multiverse of Madness.

Maria previously appeared in Captain Marvel and was Carol’s best friend and the founder of the Sentient Weapons Observation and Response Division (SWORD) before dying of cancer a few years after Thanos’ snap.

The character of Maria Rambeau is played by Lashana Lynch, known for her participation in no time to diewhere she plays Agent 007’s replacement.

Related  Dismal? Nicolas Cage explains the reason for one of his biggest eccentricities

Professor Charles Xavier is a powerful telepath and telekinetic. He can read people’s minds and mentally manipulate them as well. Doctor Strange 2 marks the MCU debut of Professor X. Previously, the telepath and founder of the X-Men played by Patrick Stewart who recurs in the sequel to the sorcerer supreme, appeared in most of the X-Men movies, included X-men, X-men 2, X-men: The Last Stand, Wolverine Immortal, X-Men: Days of Future Past, y Logan.

Blackagar Boltagon (also known as Black Bolt) is an Inhuman, a race of enhanced humans who were genetically altered. He is also a member of the Inhuman royal family. Black Bolt’s main power is that of his hypersonic voice, which can kill people and cause great damage. He also has superhuman strength, can fly and manipulate particles.

Black Bolt is played by Anson Mount, who reprises his role from the ABC series. The actor is known for his roles in Star Trek: Discovery, Hell on Wheels yStar Trek: Strange New Worlds. Anson’s interpretation settles the rumors that placed Vin Diesel to play the character in the MCU, but who knows.

Karl Mordo is the Sorcerer Supreme on Earth-838 and is the protector of the New York Sanctuary. Before taking over as Sorcerer Supreme, he was a friend of Doctor Strange. Mordo is an expert in magic and spells, as well as a great martial arts fighter.

Mordo first appeared in the MCU in 2016’s Doctor Strange. The character is played by Chiwetel Ejiofor, known for his roles in 12 Years a Slave, The Old Guard, Maleficent: Mistress of Evil or Mars among other.

The end of Doctor Strange of 2016 placed the character of Mordo as the potential villain of the sequel, plans that have obviously changed, perhaps for a third installment.

In the comics, the Illuminati formed after the Kree-Skrull War, an interstellar war between two otherworldly beings that affected Earth. Iron Man, was one of the founding members of the Illuminati, who realized that other powerful superheroes on Earth knew things that they might have shared with him and others in an attempt to prevent the war from causing further damage. And so the Illuminati was formed on the basis of a secret society of superheroes who converge to stay informed and make decisions about what to do about certain problems and conflicts as they arise.

Related  MeriPodcast 15x25: the retro games we want in the new Plus

The Illuminati in the comics has as its founding members Iron Man, Professor Charles Xavier, Mister Fantastic, Black Bolt, Namor, and Doctor Strange, but there have been others who have joined their ranks since then, including Black Panther, Beast or the captain America.

The Illuminati on film

In Doctor Strange in the Multiverse of Madness, the Earth-838 founding members of the Illuminati are different from the ones in the comics. Notably, Iron Man is absent and the group doesn’t seem to have formed due to any intergalactic wars and was a group even before Thanos arrived.

Doctor Strange 2 it also doesn’t state when the Illuminati was formed and why, which deviates from the elaborate reasoning of the comics, as these are events that haven’t happened in the MCU yet. In the movie, it’s also unclear if this version of the Illuminaties are the original lineup or if they’ve already rotated members. The comics, however, both Captain Marvel, Captain Carter, and Mordo were never members. In the film, Mordo replaces Doctor Strange in the group after Strange revealed himself and decided to use the powers of the Darkhold on his behalf, creating instability in the multiverse.

How powerful are the Illuminati

The Illuminati seem to have everything under control on Earth-838. They make many decisions that affect everyone, manipulate information, as they did with the disappearance of Doctor Strange, and change the narrative to portray him as a hero, as they see fit in any given situation. Collectively, their physical powers are incredibly strong and they’ve taken on Thanos, and likely other villains, together.

With their combined knowledge and physical abilities, there’s nothing they can’t accomplish. However, the Illuminati, as immensely powerful as they are, could not withstand the force of the Scarlet Witch’s magic. Character that can manipulate reality and manipulate so many elements with just a movement of his hands. Considering how quickly the Scarlet Witch defeated the Illuminati in Doctor Strange in the Multiverse of Madnessit seems that the power of the group of superheroes is limited when faced with an antagonist who can do anything and will go to great lengths to achieve his goal.

Doctor strange 2 is already in theaters.