Home
World News
Self-medication: Why paracetamol should be avoided in the event of a “hangover”
News Desk·October 18, 2021

Self-medication: Why paracetamol should be avoided in the event of a “hangover”

Everyone has, one day, partied. Some had to suffer the consequences the next day, in the form of a severe veisalgia … more commonly known as a “hangover”.

But not everyone is equal when it comes to binge drinking, and not everyone is going to be affected in the same way. The answer varies greatly depending on the individual, as well as environmental and temporal factors. All these elements can have a major impact on the fact of suffering from this (in) avoidable feeling of indisposition, to put it mildly, and this in a more or less intense way.

Although we know the triggers, and we sometimes regret allowing them to speak out, the scientific cause of hangovers is not yet known. We also don’t know the reasons for all the associated effects – headaches and nausea (in 68% of cases), fatigue (73%), difficulty concentrating (72%), etc.

Hangover: who is responsible?

If we take a look at the scientific literature on these famous symptoms, we can see that several types of explanations emerge. The first is dehydration, as alcohol increases the urge to urinate.

It appears that the concentration of endogenous substances (naturally present in the body), such as glucose or certain hormones, is modified. This could be due to ingestion of large amounts of alcohol, which results in high concentrations of ethanol and its breakdown products in the blood.

However, it is not obvious that the discomfort associated with a hangover is due to these alterations … Its (biological) origin is therefore still being studied.

In recent years, some researchers have linked these symptoms to an immunological origin that triggers the release of endogenous substances linked to pain and inflammatory processes. This could explain headaches and general ailments. The effects of a hangover are numerous: headaches and nausea, fatigue, difficulty concentrating etc. © Alexas_Fotos / Pixabay

But let’s leave it to the researchers to identify the real causes of the hangover, and let’s focus on the drugs available to help us cope with the aftermath of agape … Inescapable preliminary, we must first understand how the alcohol acts in our body.

How alcohol passes through our body

When we drink an alcoholic drink, the ethanol it contains is absorbed very quickly in the gastrointestinal tract (all the organs of our digestive system, from the mouth to the anus), then goes to the liver. . This organ takes care of it thanks to enzymes called alcohol dehydrogenase (ADH).

If alcohol consumption continues over a long period of time, the intense activity of these liver enzymes can impact the health of the liver itself. This organ can in fact be altered by the accumulation of ethanol metabolites (organic compounds resulting from its degradation), which can damage its cells.

In addition, these degradation products can cause inflammation and lead to the development of alcoholic fatty liver disease (with accumulation of fat in the cells). This is the initial and earliest stage of liver damage that can lead to alcoholic hepatitis or cirrhosis in more severe cases.

That being said, and knowing the serious consequences of alcohol abuse, let’s get back to the hangover itself …

After a crazy night, forget about paracetamol

There you are, with a heavy head and under the threat of nausea. You could then turn to paracetamol or ibuprofen, hoping for some miraculous results. But is it a good idea?

Let’s start with paracetamol. It is a drug with analgesic and antipyretic properties. Very effective against pain and to control fever, it is often one of the first choices to treat them … It is not, however, an anti-inflammatory, so if the pain is associated with inflammatory processes, it is will be less effective.

In therapeutic doses, this drug is safe and does not have toxic effects. Once absorbed and passed into the bloodstream, it is metabolized in the liver before its residues are eliminated primarily by the kidneys. 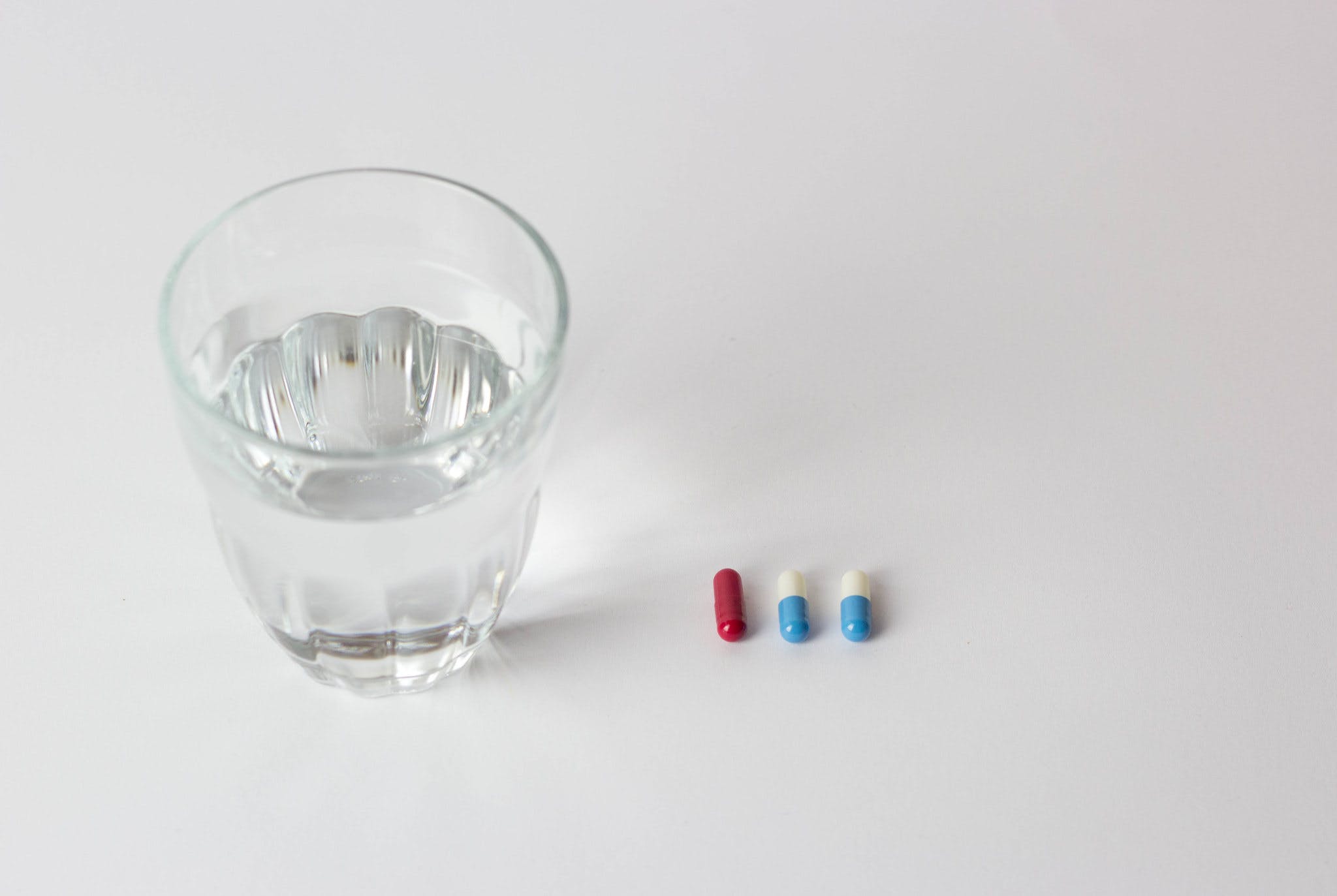 Paracetamol or ibuprofen? Both are painkiller, but the second is also anti-inflammatory © Jernej Furman / Flickr, CC BY

Ibuprofen belongs to the group of nonsteroidal anti-inflammatory drugs and has antipyretic, analgesic and anti-inflammatory activity. It is usually prescribed for pain caused by inflammatory processes such as arthritis, toothache, muscle injuries, or menstrual pain.

Unlike paracetamol (if taken in too high doses), ibuprofen does not cause liver damage, although due to its own anti-inflammatory mechanism of action, it can affect the gastric mucosa and damage the protective barrier of the stomach. stomach. However, it will do so to a lesser extent than other anti-inflammatory drugs.

Paracetamol + alcohol: an exhausting cocktail for the liver

The problem of taking paracetamol after excessive alcohol consumption is related to the metabolic mechanism of both participants.

Do you remember the ADH enzyme, which manages the ethanol absorbed? This enzyme takes alcohol in the gastric mucosa and the liver to transform it into a molecule that is easier to eliminate by the body. But when we consume excess alcohol, it becomes overwhelmed and has to call on another enzyme: CYP2E1. And it will do so all the more since alcohol will promote this other path.

However, paracetamol is also metabolized in the liver by two processes: 80% by conjugation with glucuronic acid, and 20% by the enzyme CYP2E1.

As you can see, this enzyme is therefore involved in the metabolism of alcohol and paracetamol. This is where the problem lies…

This is because the small fraction of paracetamol which is metabolized by CYP2E1 is transformed into a highly reactive metabolite, NAPQI, which can lead to oxidative stress and cell death. Under normal conditions, we can eliminate it thanks to glutathione (a molecule involved in many detoxification reactions), but when we have drunk a lot, the process becomes complicated.

Why ? Because the CYP2E1 enzyme is present at very high levels in our body to metabolize alcohol, paracetamol will tend to use its secondary metabolism pathway which uses it. 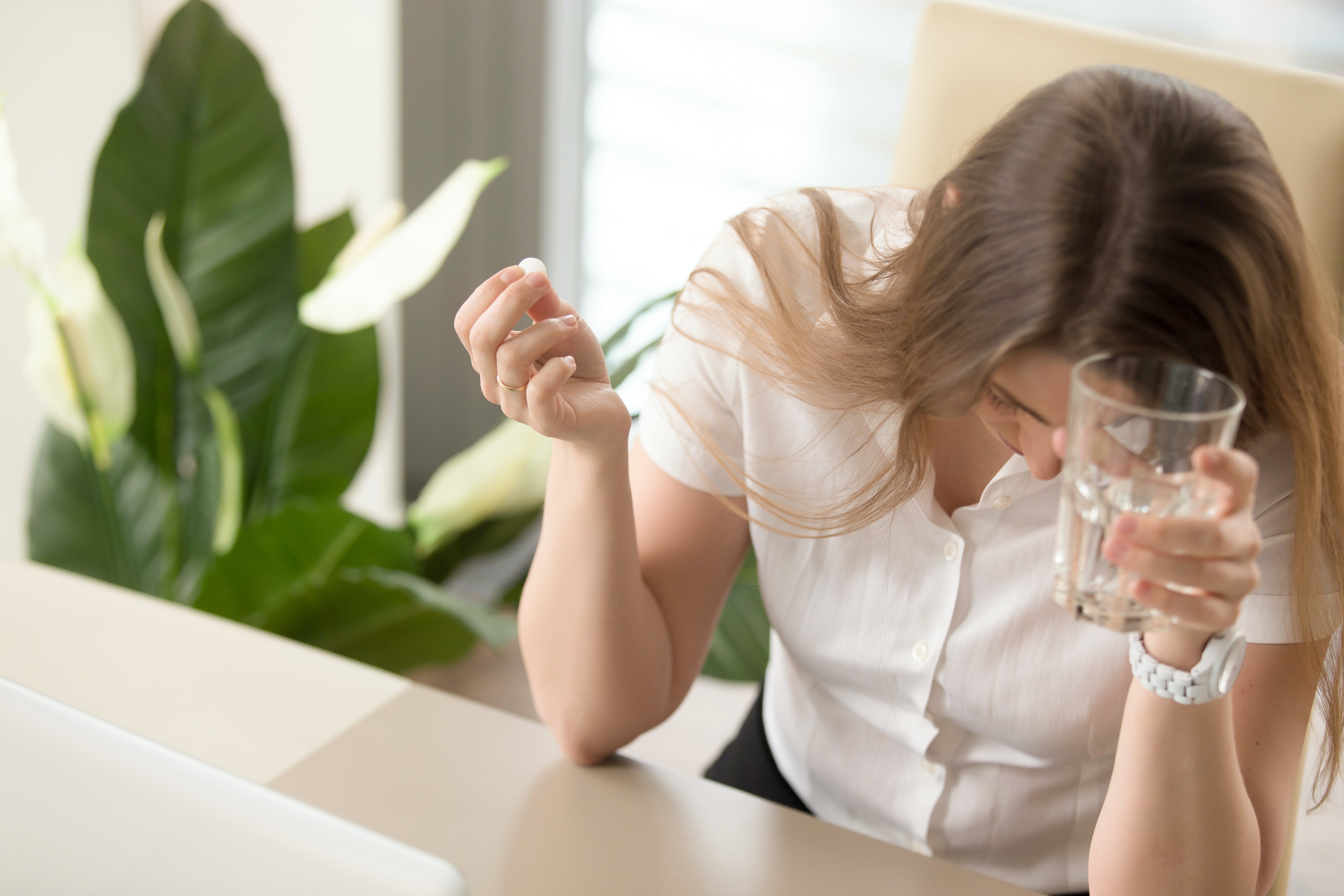 In the presence of a large amount of alcohol, paracetamol once degraded releases toxic particles dangerous for the liver © Fizkes / Shutterstock (via The Conversation)

Because CYP2E1 is used a lot, a much larger quantity of NAPQI will be generated. And if the body is not able to eliminate it (because the glutathione is overwhelmed), it can lead to liver damage.

In view of the two molecules and especially their degradation path in our body, it is advisable to use ibuprofen instead.

Also, if the hangover is associated with an inflammatory process as expected, ibuprofen (which is an anti-inflammatory in addition to being a pain reliever) will be more effective.

However, one should be careful. Ibuprofen is not a panacea: it can indeed reinforce the irritant effect of alcohol on the gastric level by altering the gastric barrier. However, this usually does not happen after taking a single dose as prescribed. These side effects need to be taken continuously at very high doses.

So the best cure for a hangover… is to avoid it!

This analysis was written by Francisco Javier Otero Espinar, professor of pharmacology, pharmacy and pharmaceutical technology at the University of Santiago de Compostela (Spain).
The original article was published on the website of The Conversation.